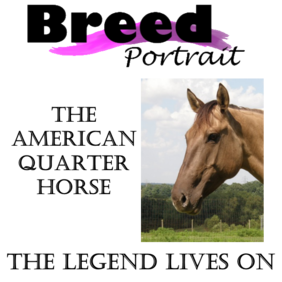 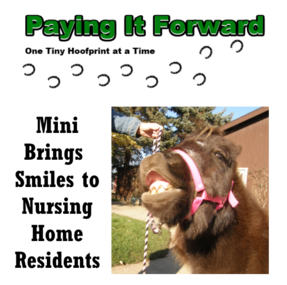 "Hello Susan," Chloe's father greeted the elegantly dressed woman walking into the tackroom. "What can I get you? We've got the usual, hotdogs, coneys, sloppy jo..."

"Actually, I have a little favor to ask," Susan whispered discreetly. "Dexter has money for food, but Alexis has been cut off. Seems she has been spending a little too much on that young man that she's dating"

"Would it be possible to run a tab for her? I've got a blank check from her parents to cover it."

"Sure," Mr. Bedford said as he took the check from Susan's outstretched hand.

"I appreciate this," smiled Susan. "Alexis knows that the check is only for food for herself."

Susan turned around to leave. Suddenly she bent down and picked something up off the floor. "Oh, Alexis must have dropped her necklace."

Susan pulled out her cell phone just as Alexis walked into the tack room.

"Oh, there you are," Susan said. She slipped her phone back into her pocket. "I found your necklace on the floor."

Alexis immediately put her hand on her chest.

"No, I have my necklace," she said as pulled it from under her shirt.

"Well whose is this?" Susan asked as she let the sterling silver horse pendant dangle from the chain she held in her hand.

"Oh, that's Chloe's," said Mrs. Bedford as she came around the table to take a closer look at the necklace. "Chloe got that at horse camp a couple of years ago, supposedly from some boy that had a crush on her."

"I remember that summer," chuckled Chloe's father. "It was Davis did this, Davis said that."

Alexis nodded absently as she stared at the necklace still dangling from Susan's fingers. 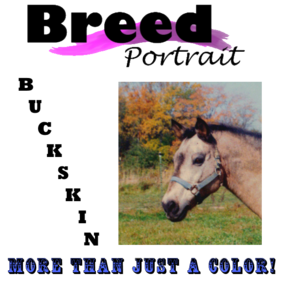 "This is the last load," said Mr. Bedford as he handed Chloe a cardboard box containing paper plates and cups. "Carry this inside while I move the car. The horse trailers from other stables will be arriving soon."

Chloe took the box from her father and headed into the tack room. Paydyn's mother was standing in front of the food tables. Mrs. Humphrey was dressed in tan breeches, a white English-style shirt and tall black riding boots.

"This is my first show," she was telling Chloe's mother. "I'm so nervous, but I probably wouldn't even be showing if Emily Parker hadn't insisted that Paydyn ride Misty today."

The cardboard box slipped from Chloe's hands. Foam coffee cups went rolling all over the floor.

Mrs. Humphrey turned around and glared at Chloe. "You!" Paydyn's mother snarled. "I thought you were banned from the stable."

Before Chloe had a chance to reply, Mrs. Humphrey pushed past Chloe and headed out of the tackroom. She almost ran into Chloe's father in the short hallway that lead to the crowded barn aisle.

"I see someone still has anger issues," said Mr. Bedford as he came into the tackroom.

"Oh, that doesn't seem to be her only shortcoming," Chloe's mother said softly. She looked up from the donuts and pastries she was artfully arranging on a tray and momentarily locked eyes with Chloe's father. He nodded slightly, then glanced in Chloe's direction.

Chloe was crawling around the floor trying to gather up the stray cups. Tears were streaming down her cheeks.

Alexis gave him a puzzled look.

"How did you know that?" she asked. "Oh, never mind. We've got bigger problems. Chloe doesn't know that Emily Parker asked Paydyn to ride Misty today."

"She wants me to show Misty this weekend so she can see how well I handle her," said Paydyn.

"But Chloe is still grounded," Ryder said. "It's not like she would've been able to show Misty today anyway."

"Boys!" Alexis rolled her eyes. "They just don't get it!" 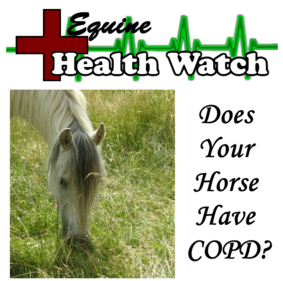 Chloe pulled two cartons of pop out of her mom's SUV and carried them inside the crowded stable. The tack room door was propped open and her father was already setting up one of the folding tables for the concession stand. As Chloe headed back to the car for another armload of food, she had to dodge an Appaloosa that was being led out of the wash stand. Paydyn, who was coming from the opposite direction, also stepped around the horse. The two girls almost collided.

"Chloe," Paydyn gasped. "What are you doing here?"

"My parents always volunteer to run the food stand for the horse show," Chloe replied unenthusiastically. "And since I'm grounded and can't ride or show, I get to help them all day. Yippee."

"Oh, I didn't know you'd be here today," Paydyn stuttered. She started to say something more, but bit her lip and looked around nervously.

"I, um, I need to go now. Um, I'm sorry I can't talk right now." Paydyn turned and fled down the barn aisle.

Chloe frowned as she watched Paydyn disappear into the crowd.

"Chloe, this food isn't going to unload itself," barked Mrs. Bedford as she walked past carrying a crock pot.

"I'm on it, mom," snapped Chloe as she dodged another horse. This one was headed into the wash rack.

Does Alexis suspect Ryder of cheating on her?   Will Paydyn's mother make life at Pinnacle Stable miserable for Chloe?
Find out in the next episode of Stirrups:  What Goes Around... 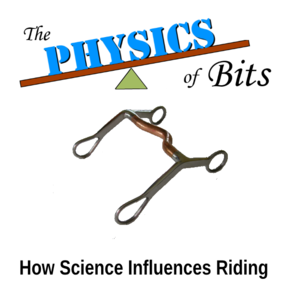 Chloe and her father walked alongside the driveway that lead to the main road. The gravel crunched underneath the tires as a line of horse trailers slowly made their way toward the stable. Chloe was clutching a sign that read "Concessions located in the tack room", her father was carrying a hammer.

"I guess the best thing for you to do is just try and avoid the woman," said Chloe's dad.

"But she is spreading awful rumors about me," whined Chloe.

"Mrs. Carter knows the truth and that's all that matters," said Chloe's dad. "How does this spot look?" Chloe handed him the sign. As Mr. Bedford began hammering it into the strip of grass that ran between the driveway and the pasture fence, Chloe walked over to pet a pinto filly standing on the other side of the fence. The horse was almost all white, except for a brown, hat-like marking that covered her ears and the top of her head. Her eyes were blue, instead of brown like most horses.

"Who is this,?" asked her father. He had walked over to the fence.

"This is Crystal," Chloe replied. "She belongs to Mrs. Carter. Dexter is training her."

"Hello, Crystal," said Mr. Bedford. He reached down, tore off a hunk of grass and offered it to the horse.

"No dad, hold your hand flat so she doesn't accidentally bite you."

"That kind of tickles, doesn't it?" The horse was using her lips to lift the grass off Mr. Bedford's outstretched hand. Chloe nodded absently.

As Chloe and her father headed back toward the stable, Crystal followed them on her side of the fence. Up ahead of them, the line of trailers stopped moving momentarily and Dexter crossed the driveway. He was carrying a grooming kit and a handful of tack. Immediately, Crystal whinnied and broke into a canter. She was waiting for Dexter when he reached the pasture gate.

Mr. Bedford stopped at the gate and exchanged greetings with Dexter. By now, Dexter had set down the grooming kit, haltered the filly and was tying her to one of the fence posts. Chloe stood silently beside her father and stared at the ground. Dexter didn't appear to notice her.

"Well, darling, I don't think your mother needs you just yet," Mr. Bedford said abruptly. "Why don't you stay here and help brush the horse." Chloe was about to protest but her father quickly turned and strode away.

Chloe looked at Dexter and sighed. He had turned his back to her and was busy currying the filly. Chloe slipped inside the fence gate and grabbed a stiff bristle brush from the grooming kit. Dexter glanced at her as she went around to the far side of the horse, but he didn't say a word.

He continued using the curry comb in a circular fashion. Dust rose up in a cloud where he was working. Chloe began brushing the horse with short strokes designed to flick dirt off the filly's coat. They worked in silence for a few minutes.

"I know you're mad at me," Chloe finally said. "Is it because of Ryder?"

"I don't give a crap about Ryder," stated Dexter. "But you're supposed to be my sister's best friend."

"Do have any idea how hurt Alexis will be when she finds out you've been sneaking around seeing her boyfriend behind her back?" Dexter moved to Chloe's side of the horse and continued currying.

"Why does she have to find out?"

Dexter stopped currying and looked at her. "How long am I supposed to keep this secret from my own sister? The longer this goes on, the more hurt she'll be."

"Well, it's not fair," protested Chloe. "Alexis gets everything; a horse, new tack and designer riding clothes. Ryder was mine first. She stole him from me."

"Geez Chloe, do you ever listen to yourself?" exclaimed Dexter. "All you ever do is whine about what everyone else has. Do you even appreciate the things that you have?"

Chloe walked over to the fence and ran the stiff brush along the top rail to remove the dirt and hair that was stuck to the bristles. When she turned back around, her eyes met Dexter's cold blue gaze.

"What do I have that you and your twin sister don't?" Chloe looked genuinely puzzled.

"What are your parents doing today?" Dexter asked.

"They're running the concession stand. Why?"

"Where are my parents?"

Chloe shrugged. "I don't know. I suppose they are either sitting on the bleachers or they're on their way here."

"Guess again," said Dexter as he resumed brushing the filly. "They're in Hawaii, on vacation."

"Chloe, your mom brings you here every day. My mom doesn't even know what street this stable is on. She doesn't have a clue how to get here."

"That's not true," Chloe said. "I see your mom drive you here all the time. And I saw her watching you and Alexis at the show last year. I remember her giving you a big hug when you won the high-point trophy."

Chloe put her hand on Dexter's arm, but he pushed her away.

"You had your chance," he said angrily.

"What should I do?" Paydyn asked in a panic.

"I don't know," Alexis whispered. "Surely, you realized Chloe would be around when you were riding Misty?"

"Yeah, like at the end of the month when she wasn't grounded anymore, but I didn't know she'd be here today. I thought I had more time to break the news to her. She's going to absolutely flip when she finds out."

"Well you can't let Emily down," said Alexis. "You promised to show Misty this weekend."

"What's all the whispering about," whispered Ryder as he entered Flash's stall. He was dressed in western show clothes and had on a beautifully tooled leather belt. The horse on the buckle depicted a palomino made of gold and silver.

"We have a disaster brewing," stated Alexis. "Chloe is here today."

"She's helping her mom with the food stand," nodded Ryder.