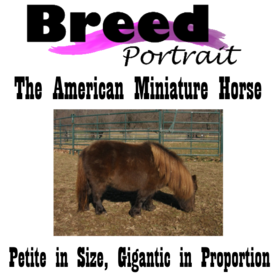 Love on a Leash

Angel's smile is a welcoming change of pace for area nursing home residents. 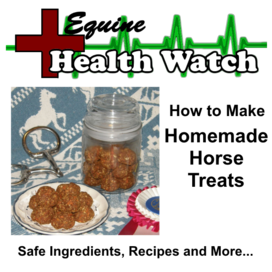 Naturally, many of the patients Angel visits want to pet her. In return, Angel rewards them by performing several tricks including playing with a ball, ringing a bell, smiling on command and knocking a tennis ball off an orange cone. However, the real reward for the patients are the benefits that come along with petting and interacting with an animal.

For elderly residents in nursing homes, Animal Assisted Activities or AAA break up the monotony and reduce depression, loneliness and irritability in the patients. The presence of animals also lowers blood pressure and improves social interaction. Janet explains that pet therapy really helps. She recalls patients that were totally unresponsive, but opened their eyes or spoke when they came in contact with Angel.

Angel, who is certified in pet therapy, has been doing these visits for about four years. The 160 pound mini got her start in the Ohio 4-H Pet Pals program with Janet's daughter Jamilynn. To become certified, Angel needed to pass the AKC Canine Good Citizen test. The CGC is a ten part test that evaluates the training and manners of the animal.

As part of the Pet Pals assessment for Animal-Assisted Activities (AAA), Angel also had to be acclimated to the different sights and sounds that she would experience in the nursing home environment. She had to become comfortable working around medical equipment such as wheelchairs and walkers and not get startled by loud noises like a bed pan falling to the floor.

Angel was initially trained by a fellow 4-Her, who taught the mini to pull a cart and several of her tricks. Angel was also given the training she needed to pass the CGC. "We made her as bomb-proof as we could," recalls Janet. It took about three months of training but all the hard work paid off. Angel passed the CGC on her first try.

SOMETIMES EVEN THE FLIGHT OF AN ANGEL HITS TURBURLENCE
(Terri Guillemets)

ANYONE CAN BE AN ANGEL
(Author unknown)

Although dogs are by far the most common therapy animal, miniature horses are one of several species used. Other types of pets used for AAA visits include cats, rabbits, llamas and birds. Pet Partners Therapy Animal Program, one of the largest therapeutic animal organizations in the United States, has limitations on the species of animals they test and register for this type of work. Due to health concerns, state regulations and lack of behavioral documentation, Pet Partners does not use wild or exotic animals in their program. These species include snakes, ferrets, wolf-hybrids and lizards.

For more information on pet therapy programs, visit these websites:

Before heading out on her weekly visits, Janet bathes Angel and refreshes her memory by practicing the tricks she will perform. 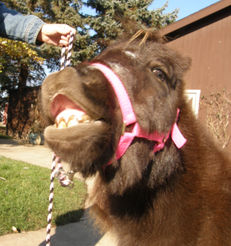 ALL GOD'S ANGELS COME TO US DISGUISED
(James Russell Lowell)

Like many of the people that Angel helps, the miniature horse has also faced her own difficulties in life. Janet explains that Angel was orphaned at an early age and had to be fed from a bucket, thus missing the socialization that most foals experience with their mother. Janet brought Angel home when she was just six months old. According to her, Angel received her heavenly name because she arrived at the Rankl household on Christmas Eve. "We woke up [on Christmas morning] and there were two horses in our garage," recalls Janet.

Prior to doing nursing home visits with Angel, Janet used the more traditional species of therapy animal, a dog. She currently has a German Shepard puppy that she will soon be starting in therapy work. Janet has been doing this type of volunteer work for about six years and is currently involved with Crossroads Hospice. Like many hospice organizations, Crossroads focuses on the physical, emotional and spiritual issues of terminally ill patients.

Janet explains that Crossroads covers all services from diagnosis to death. Hospice is not a place, but rather a philosophy of care that addresses a patient's quality of life. Since Crossroads patients are located in different facilities, Janet travels to various nursing homes. Like many volunteers, Janet donates more than her time. In addition to the cost of caring for Angel, Janet also has transportation and travel expenses.

Janet explains that she really enjoys her nursing home visits with Angel. She especially likes talking to the farmers and reminiscing with the ladies that rode in their younger days. Unlike younger generations, many of today's elderly grew up in an era when horses were still used for transportation. "It's pretty cool to hear their stories," she says.

Volunteering may also fill a void in her own life. "I lost both of my parents and that was probably what started it," Janet says. It is her philosophy to share the love that she has with other who are in need. She also fulfills a social responsibility to "visit those who have no family."

It's better to give, than to receive. But for Janet Rankl and her miniature horse Angel, giving to others is a passion with its own rewards.

Janet and her chocolatey-brown mini are on a goodwill mission to bring smiles and laughter to the faces of the young, the elderly and just about anyone else who can benefit from the loving touch of a pony. About once a week, Janet dolls Angel up with a bath and thorough grooming, then the pair heads out for a visit. Their destination may be a special needs facility, nursing home, child care program, school or adult day care center.

Only the cold Ohio winters put a halt to their weekly visits. "We have to body clip her," says Janet, who explains that clipping is necessary so Angel dries quicker after her bath. Although hospitals require that therapy animals be bathed, their trailer disinfected and all long hair securely wrapped; the facilities that Angel visits do not have the same stringent requirements. "Someday maybe," Janet says of her goal to visit area hospitals. But for now, Janet has made her own rule to bathe Angel before each visit. So when the weather is too cold for bathing, Angel stays home.

Performing tricks adds to Angel's visits, but the real benefit comes from the interaction patients have with therapy animals.

There is also a minimum age requirement for therapy animals. The Ohio 4-H Pet Pals program requires dogs and cats to be at least one year old before visiting a healthcare facility. The 4-H Pet Pals programs also registers rabbits, chinchillas and guinea pigs, but these species must be six month of age. These minimum age restrictions are designed to protect young animals from the stress associated with AAA visits and help protect patients from the sometimes unpredictable behavior of immature animals.

Sometimes therapy animals are confused with service animals. The latter group are specially trained to perform tasks such as turning on lights, opening doors and assisting hearing or vision impaired individuals. These types of service dogs are legally granted access by the federal government to public buildings and are permitted on all types of public transportation. Therapy dogs do not have these rights.

Equestrians interested in following in the footsteps of Janet, Angel and the many other registered equine therapy animals and their human partners can contact one of the national organizations listed below. Janet also recommends talking with dog schools for information on local programs. Janet warns that it can be difficult to find the right place. For her family, the 4-H program had what they were looking for in a therapy training program. Janet wholeheartedly advises those interested in volunteering to pursue it. She says, "It's very, very rewarding on so many levels!" 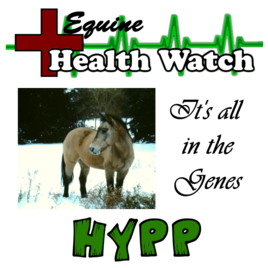 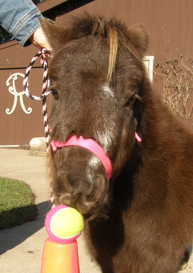 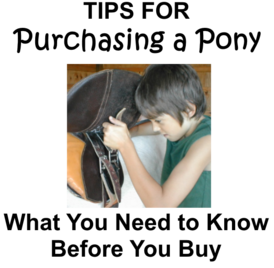 Standing only 26 inches tall at the withers, Angel is the perfect size to negotiate through doorways and down the busy corridors of the buildings she visits. Not surprising, Angel is so small that nursing home residents often mistake her for a dog. The patients aren't expecting a pony, so it's a surprise, notes Janet. It also doesn't hurt that Angel is housebroke. According to Janet, Angel has about a two hour window before the mini will nudge Janet to let her know that nature is calling.

Not all animals that try out are this lucky. In order to be a therapy animal, pets must be well-mannered, have the proper social skills and have predictable personalities. Although Angel is a friendly, loving pony now, Janet says, "She wasn't like this when I first brought her home." Janet explains that when they first received Angel, the mini didn't like people and would turn her hindquarters when someone came into her stall. Angel, who is now seven years old, is a "product of a lot of hard work, time, commitment and love," says Janet. 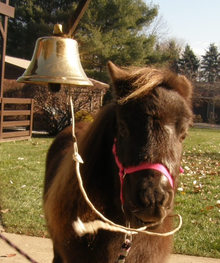