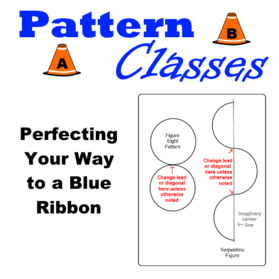 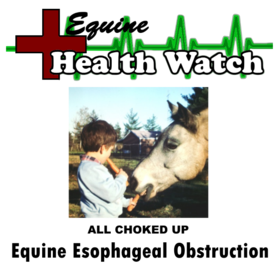 Ryder shrugged as he came over to the couch and picked up her textbook.

"Algebra's not that bad," Ryder said as he sat down next to Chloe. He tossed the book on the coffee table. "I've got Geometry this year. Now that's rough."

Reaching over, he picked up Chloe's notebook and set it on the table without looking at it. Then he put his arms around her and pulling her close, he brushed his lips against hers.

"Not here!" Chloe said as she squirmed to get loose from his grip. "What if someone sees us?"

"Relax," said Ryder as he let her go. "Carter's up in her office with a new client. Dexter is busy with that stupid filly and Paydyn is hanging around him like a fly on crap. No one else is here yet."

"She's at cheerleading practice." Ryder whispered. His lips were mere inches from Chloe's mouth. His hot breath blew across her face as Chloe gave in and kissed him.

After a few minutes, Chloe pulled back from Ryder.

"When are you going to break-up with Alexis?" she asked.

Ryder leaned back against the couch and ran his hand through his wavy black hair.

"We've been through this, Chloe. It's complicated."

"How can it be that complicated? You keep saying you love me, but you won't break up with her."

"I do love you. But if I break up with Alexis, I won't have a way to get Jester to the State horse show next month. My dad can't afford to buy a horse trailer. You know that."

"Sometimes I think you're just lying to me." Chloe grabbed her bookbag from under the coffee table and stuffed her books into it.

"I'm not lying, Sunshine. I promise." Ryder rubbed Chloe's ticklish spot on her neck and then pulled her close to him.

"I know you met Alexis at a horse show!" Chloe pulled away from Ryder's grip and turned to face him. "How did you show Jester before you met her?"

Ryder sighed and raked his hand through his hair again.

"Chloe, the trainer at my old barn had a big nine-horse trailer. He hauled a bunch of us to shows every weekend."

Chloe bit her lip and looked at Ryder. "I still don't understand why you don't just break up with Alexis. Is showing your horse more important than me?"

"I mean it, Ryder," Chloe said sharply. She stood up and flung her bookbag over her shoulder. "It's me or her!" 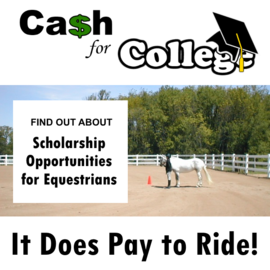 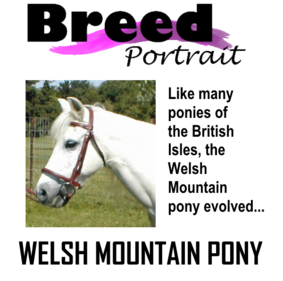 Alexis opened the passenger door and stepped out of the car into the blazing sunlight at the stable. A red and black pom-pom fell out onto the gravel driveway next to her.

"I'll see if Dexter wants a ride home yet," Alexis said as she picked up the pom-pom and tossed it into the back seat.

"I can run and get him some dinner if he wants to stay longer," said Susan. "Are you sure you don't want anything to eat right now?"

Susan frowned. "Your dad is working late and your mother is at the spa. So I won't be making dinner for a while yet. If you want, I could get you a fruit cup or smoothie to hold you until then?"

"There's a new vending machine in the tack room if I need a snack," said Alexis. She grabbed her pink purse off the front seat. "I have some change left over from lunch."

Alexis headed into the stable and immediately found Dexter grooming his buckskin mare, Winnie, in the barn aisle near the tack room. Several riders were preparing their horses for their evening lessons.

"Hey Dex," Alexis called louder than necessary to her twin. "Your nanny wants to talk to you. I think it may be your nappy time."

Several of the other riders looked in Dexter's direction, a few of the younger ones snickered.

"Real mature!" Dexter said sarcastically as he walked past Alexis. She just smiled innocently and headed into the tack room. One of the younger riders followed her.

"Are you Flash's owner?" the young girl asked Alexis.

Alexis had pulled a hair brush out of her purse and started brushing her blonde curly hair. She stopped brushing to nod as she looked down at the girl. The girl had shiny blue-black hair and was wearing new riding breeches with a light blue t-shirt that said Camp Wildwood.

"He is the most beautiful horse ever," said the girl. "You are so lucky."

"Good for you," Alexis chuckled. "Have you ever ridden before?"

"At Camp Wildwood," Bobbie said excitedly. She pointed to her t-shirt. "I was old enough to go there this summer."

"Eight," said the girl. "And I turned eight in April. How old are you?"

"I was fourteen in March," answered Alexis. She scooped her hair up into a ponytail and tied it with a ribbon.

"You did?" asked Alexis, still smiling.

"Yeah," Bobbie said enthusiastically. "I forget their names. But the girl had straight brown hair and the boy was tall with wavy black hair."

"That sounds like Chloe and Ryder," said Alexis. The smile faded from her face.

"Yeah, that's who they were!" said Bobbie. Then she giggled. "They were holding hands and kissing." 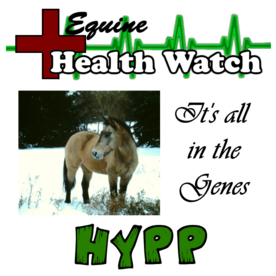 Dexter had brought Crystal back into the barn for grooming after her workout. He just started brushing her body when Chloe stormed out of the tack room. She had her bookbag slung over her shoulder as she headed out the front door of the stable into the blinding sunlight. Ryder followed a few steps behind her.

"Dexter, do you want to go on a short trail ride?" Paydyn repeated. She was leaning against Crystal's stall. Dexter bent down to whisk the round pen dust off the filly's front legs.

"What?" Dexter turned his head to look up at Paydyn.

"Never mind," she said, glumly. "I guess I'd better go get Misty ready for my lesson."

Dexter stood up as Paydyn turned toward the tackroom. He opened his mouth to speak, but snapped his lips shut. The sound of two people arguing drifted in from the parking lot. Dexter waited until Paydyn went into the tack room before tossing the brush into the grooming kit hanging on the stall door. He slowly crept toward the front of the stable. His western boots clicked lightly against the cement floor.

"I'll break up with her right after the State horse show," Ryder's voice could be heard inside the stable door where Dexter was eavesdropping.

"Not good enough," Chloe replied. "If you really loved me you would break up with her now."

"What do you need that much money for?" Chloe asked.

"I can't tell you," Ryder answered. His voice was getting closer. "You just have to trust me."

Dexter quickly turned around to walk back to where Crystal was tied, but instead came face to face with Paydyn. Their eyes met briefly. As Dexter's cool blue gaze lingered momentarily on Paydyn's swollen red eyes, she turned her face away.

"She doesn't love you," Paydyn whispered. "She'll never love you."

Will Alexis confront Ryder about his affair with Chloe? Will Chloe finally have Ryder all to herself?

​​Find out in the next episode of Stirrups:  ...Comes Around

Inside the tack room at Pinnacle stable, Chloe glanced up at the horse-shaped clock on the wall and sighed. Then she looked down at the algebra book sitting on the couch next to her and copied a problem into the spiral notebook on her lap. She tapped the paper lightly with her pencil a few times and looked at the clock again.

"Hey Sunshine," Ryder said as he came into the tack room.

Chloe looked up and smiled. "How was your first day of school?" she asked. "Because mine sucked. I already have homework in three of my classes."

Paydyn leaned on a round pen panel and watched as Dexter longed Crystal. The horse's white coat glistened in the September sun as she energetically walked around in a circle.

"Why are you doing that?" Paydyn called to Dexter.

"Waving the whip back and forth," called Paydyn.

"I want her to move out farther and make a bigger circle," he answered. "So I'm flicking the whip in the direction of her barrel. It's supposed to represent the inside leg aid."

"Oh, I remember now," said Paydyn. "Mrs. Carter said that in a turn the inside leg acts like a brace or support for the horse to turn around. So the horse doesn't fall into the circle."

"Is that right?" Paydyn asked. She twisted her red hair around her right index finger as she watched Dexter.

Dexter nodded and clicked twice. The pinto filly began trotting slowly. She looked relaxed with the crest of her neck held parallel to the ground. The medicine hat marking on the top of her head was level with her withers. Her footsteps were soft and barely made a sound in the sandy footing of the round pen.

"Okay, so why do you want a bigger circle?" asked Paydyn.

Dexter, who was rotating slowly in the center of the round pen, ignored the question. He kept his eyes focused on the white horse as she jogged in a circle around him. Then he clicked three times and pointed the whip at the horse's hindquarters. The filly broke into a slow, relaxed lope.

"Good girl!" He smiled as he praised the horse.

"I see," said Paydyn. "You wanted her to make a bigger circle so she could canter and not cause damage to her legs, right?"

Dexter had his back to Paydyn when he rolled his eyes and exhaled heavily.