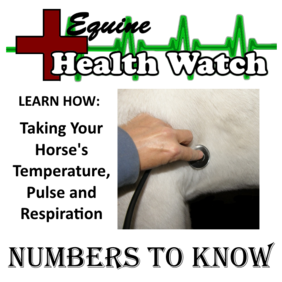 “Let's get this show on the road,” said Alexis. She looked pointedly at her twin brother before mounting Flash, her bay gelding.

Then she watched Ryder mount. He had on jeans and a tank top. His muscles glistened in the afternoon sun.

“Hey, I wasn't the one messing with my hair for twenty minutes,” said Dexter.

“What-ever,” said Alexis from atop her horse “Once we reach the park, let's ride in the same order we have been - except for Chloe. Since this is Thunder's first trail ride, you should ride between Ryder and Paydyn.

Chloe mounted the paint gelding, being careful to keep the right rein taunt so he couldn't turn and bite her. She followed Jester through the gate and down the gravel road that led to the State Park.

The road was wide enough for the horses to ride two abreast. Ryder immediately jogged Jester to catch up with Alexis. Chloe turned around in the saddle. Dexter was already riding next to Paydyn and Sunshine. He was talking to Paydyn, but his blue eyes locked on Chloe's.

Chloe turned back around. A moment later she discreetly wiped away a tear that had escaped her eyes. Chloe switched the reins to her right hand. Her left shoulder was already beginning to ache.

Paydyn didn't text her mother right away. Instead, she sat in the tack room, flipping through a horse magazine, until Ryder, Alexis and Dexter left. She had just tossed the periodical back onto the coffee table when Chloe walked into the tack room.

Chloe ignored Paydyn and headed to the area where the stable-owned tack was stored. Chloe returned the grooming kit to the proper shelf and hung up the bridle she had used on Thunder.

“Why did we have to clean up the manure at the lake today?” Paydyn asked.

Chloe turned around and stared at Paydyn.

“I guess it's illegal to pollute the water in a state park,” she finally answered. “Anyway, we always have to clean up the horse droppings when we ride there. That's why we usually don't ride in the park.”

Chloe meandered over and slumped down in the other armchair. The girls sat quietly for a few minutes.

“Are you still mad at me about Sunshine?” Paydyn said, breaking the silence. “Cuz you know that my parents purchased her without me knowing. I would have never bought her out from underneath you like that.”

Chloe looked over at her friend.

“Cuz he was the one flirting with me today,” Paydyn said. “I think he was doing it to make you jealous.”

Chloe still didn't say anything, but she chewed softly on her lip.

“What about Ryder. Do you still have feelings for him?”

“You kissed who?” Paydyn asked.

“Both,” cried Chloe. “I kissed them both at the June trail ride.”

“Chloe, you can't do that,” Paydyn started to say, but was interrupted by a loud scream from the barn aisle.

Both girls jumped up and ran out of the tackroom. Paydyn's mother was standing in the aisle holding her arm. Mrs. Carter emerged from the steps that led up to her office.

“That vile black and white horse down there just bit me,” Paydyn's mother said indignantly.

“Paydyn, go get the first aid kit,” said Mrs. Carter. She had the same calm demeanor she always used around horses. But when she turned to look at Chloe, her eyes were ablaze with anger.

Is Chloe in trouble for lying? Does Dexter know about Chloe and Ryder? Find out in the next episode of Stirrups:   Deja Vu

“What is with you?” demanded Alexis as she climbed in the back seat of the car. Her blonde curls were still damp from their swim at the state park.

Dexter turned his head to look at his sister, but Alexis didn't even give him a chance to speak.

“I can't believe you spent the entire day flirting with Paydyn right in front of Chloe,” she said, accusingly.

“It's none of your business,” stated Dexter, with a cool detachment. He turned his head to look out the car window.

“Chloe and Paydyn are my friends, so it is my business,” snapped Alexis. “You're breaking Chloe's heart. And if you're just leading Paydyn on to hurt Chloe...”

“She has a funny way of showing it.”

“What do you mean by that?” demanded Alexis.

Dexter opened his mouth to speak, but paused and just shook his head.

“Dex,” Alexis said, softer this time. “You know Chloe's had a rough time this summer. She's just dealing with some issues.”

“Chloe's changed,” said Dexter. He looked at his sister. “She's not the sweet girl you think she is!” 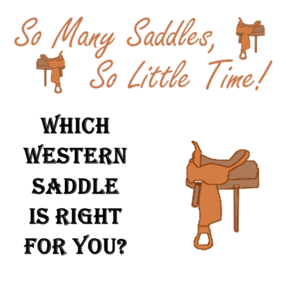 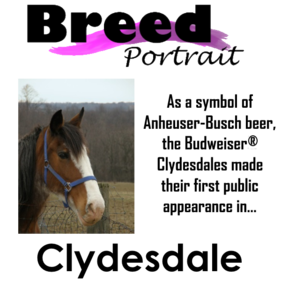 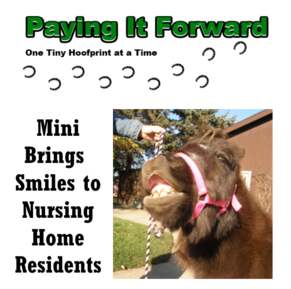 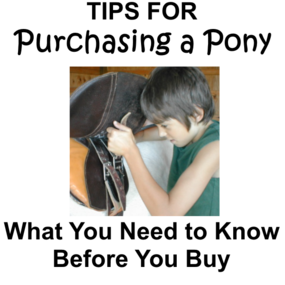 As soon as Chloe turned around to clean Thunder's left front hoof, the black and white paint gelding snapped at the seat of her pants. This time, his teeth only caught the pocket of her jeans and not her skin. She hadn't been so lucky the day before. Chloe's left shoulder sported a mouth-shaped bruise courtesy of Thunder.

“I like how Thunder behaved in class this morning,” said Mrs. Carter, as she stopped by Thunder's stall on her way back to the outdoor lesson arena. “Is he giving you any problems?”

“Great,” said Mrs. Carter. “Are you taking him out on the trails today?”

“Yeah,” said Chloe. “We were going to take the Blue trail through the State Park, if that's okay?”

“It's a good day for a swim,” smiled Mrs. Carter. “Let me know how he well he stands on a picket line. You understand that I want to you to thoroughly check him out. I need to know that he is safe for the beginners. If he has some type of issue, he's going straight back.“

“Maybe we'll try him on some small jumps tomorrow,” the wiry owner of Pinnacle Stables said before she headed outside to the arena.

When she was gone, Chloe gently grabbed the gelding's lower lip and gave him a mean look.

“Don't mess this up for me,” she told the horse.

“I can't believe the summer is half over,” whined Alexis. She pulled her blonde curls into a pony tail before putting on her riding helmet. “And this is only the first time you've been able to come trail riding with us.”

“Tell me about it,” said Chloe. She glanced over at Paydyn and Sunshine. Chloe grimaced.

Dexter was helping Paydyn apply fly spray to the sorrel mare. He was smiling as he spoke to Paydyn. She responded with a giggle.

“Does everyone have their swimsuits and towels in here,” said Ryder as he came out of the barn carrying a saddle bag and a small shovel.

“Anyone who doesn't will just have to go skinny dipping,” joked Dexter. He was smiling at Paydyn.

“My suit better be in there!” Paydyn exclaimed.

Ryder opened the saddle bag and rooted around.

“Yep, three bikinis,” he said with a smirk.

“Are you wearing your t-shirt in the water?” asked Alexis. The horses had been securely tied in the treeline overlooking the lake and the girls were emerging from the restrooms. Dexter and Ryder were already waiting on the sandy beach.

“I don't want to get sunburned,” Chloe lied. “I've been too busy babysitting to go swimming this summer.”

“Yeah, I can't imagine being stuck in a house all afternoon babysitting,” shuddered Alexis. “If I'm not riding, I'm lounging around our pool.”

“It's not that bad,” Chloe protested. “Besides, I like the money.”

“I have sunscreen if you need it,” offered Paydyn. “I swear, with my red hair and freckles, I burn even when I'm not in the sun.” Paydyn held out the tube of suncreen, but Chloe shook her head.

“It's about time,” called Ryder, as the girls neared the water.

“Oh, hush,” teased Alexis. “After all, it takes a few minutes to get into a bikini.” She turned in a circle to show off her teal and black bathing suit. Ryder watched her and grinned.

Chloe glanced over at Dexter. He was applying sunscreen to Paydyn's back. When he looked over and saw Chloe watching, he reached up and tickled Paydyn's neck. She squirmed and giggled.

“Last one in the water has manure duty,” called Alexis. She was already running into the water. Ryder ran after her and gently tackled her. They rolled around in the shallow water, laughing and splashing each other for a few minutes.

“Never mind,” said Dexter. He had tossed the tube of sunscreen on the sand and grabbed Paydyn by the arm.

“C'mon,” he said as he pulled her into the lake. Paydyn sqealed as Dexter began splashing her.

Chloe remained on the beach and watched her four friends.

Alexis stood up and motioned for Chloe to join them.

“I was just kidding about manure duty,” Alexis called. “C'mon in the water. It feels great.”

“Nobody stays dry on my watch,” said Ryder. He ran toward Chloe, scooped her up in his arms and carried her into the water.

“Put me down,” Chloe laughed and screamed at the same time.

“Your choice,” Ryder said. He dropped her legs, but supported her back so she landed feet first in the waist deep water.

Alexis immediately started splashing Chloe. Chloe was laughing as she joined in the fun.

“What's with your shoulder, Chloe?” she said. Her brow was wrinkled with concern. Now that Chloe was wet, the bruise on her arm was visible through the white cotton t-shirt. Alexis walked over to her friend and gently pushed Chloe's left sleeve up over her shoulder.

“Who hit you?” she demanded.

“That's not a punch mark,” said Ryder. He had come over and was looking at Chloe's shoulder. “That's a bite!”

In unison, Ryder and Alexis looked up the hill at Thunder. The black and white gelding was quietly standing with the rest of the horses.

“If I tell Mrs. Carter he bites,” cried Chloe, “She'll send him back before the end of the week.”

By this time, Paydyn and Dexter had made their way over to Chloe. Dexter had a sympathetic look on his face.

“We'll keep your secret,” he said softly. “But biting is a dangerous vice. You have to tell Carter at the end of the week.”

Alexis and Ryder nodded in agreement.