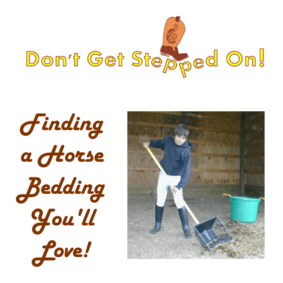 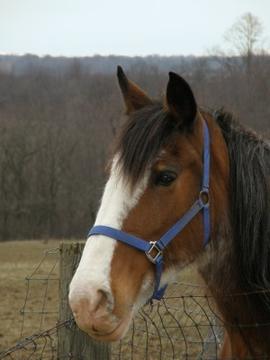 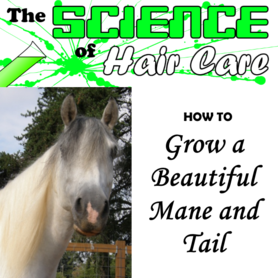 Super Bowl Sunday may be the most anticipated day of the year for football fans, but the popularity of the Budweiser® commercials stirs excitement among the horse-loving crowd as well. As a symbol of Anheuser-Busch beer, the Budweiser® Clydesdales made their first public appearance in 1933. Since that time, these gentle giants have become a highly recognizable and much-loved breed for the American public. In short, the Clydesdale has become an icon of strength, power and commitment.

Like many draft breeds, the Clydesdale's humble beginnings trace back to the farm. Originating in Lanarkshire district of Scotland, the Clydesdale breed dates back to the middle of the eighteenth century when the Sixth Duke of Hamilton brought a Flemish stallion into the region. In order to upgrade the local mares, he offered the stallion's services for free to his tenants. This practice quickly fixed specific characteristics which led to the development of a draft-type breed.

Used for both farming and hauling heavy loads, the draft horses bred in the region surrounding the river Clyde soon gained popularity throughout Scotland and Northern England. In 1877, the Clydesdale Horse Society was formed as the official Scottish studbook. In addition to recording pedigrees, the Society promoted the Clydesdale breed throughout the world. This resulted in exports of these fine draft horses to Europe, Australia, New Zealand and the Americas. Between 1884 and 1945, the Clydesdale Horse Society issued over twenty thousand export certificates.

Exports of the Clydesdale peaked in 1911. Three years later, the start of the First World War triggered many horses of all breeds to be commandeered for military duty. Equine casualties numbered in the hundreds of thousands, with many war horses succumbing to artillery fire and poisonous gas as well as starvation from a lack of fodder on the front lines. Further decline in the worldwide Clydesdale population continued even as the war drew to a close. It was the emergence of the tractor on the family farm that decreased man's reliance on animal power. By the time the Second World War was over, mechanical power had largely replaced the draft horse on the farms. With the number of Clydesdale horses declining, the future of the breed became uncertain. It was declared "Vulnerable" in 1975 by the Rare Breed Survival Trust.

Clydesdale Breeders of the U.S.A.

Promote your horse-related business on PonyZine for pennies a day!

Requires the purchase of a one year ad plan

In recent decades, the Clydesdale has been rediscovered as both a vintage draft horse and a show animal. The breed's style and flair lend well to driving classes and the increased availability of draft-sized saddles has allowed the Clydesdale to transition into a riding horse. In addition, the Clydesdale was used in the development of both the Gypsy Vanner and the Australian draft horse.

The Clydesdale is distinguished from other draft breeds by its color, markings and the amount of feathering. Bay is the most common color for the breed, but blacks, chestnuts, grays and roans are also represented. Wide blazes and high socks are quite common and the occasional body or belly spot can also be observed. In comparison with other draft breeds, these gentle giants sport heavily feathered legs with long silky hair.

Horse lovers wishing to see the Budweiser® Clydesdale horses in action can visit the Anheuser Busch website for a listing of the Hitch Stop Schedule or information on touring the company's farm in St. Louis, Missouri. Viewers must verify they are of legal drinking age in order to enter the site. 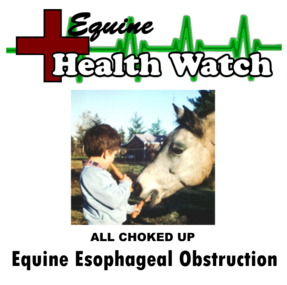