Chloe stood by the window in the Pinnacle Stable's main office and watched as four horses and their riders jogged single file along the arena fence toward the trails.

Flash and Alexis were leading, followed a little too closely by Jester and Ryder. As usual, Jester was feeling playful, but Ryder had the skill and confidence to control him.

Several horse lengths behind Jester came Sunshine. Her coppery coat shone brilliantly in the July sun, but her silky tail was swishing furiously in response to her rider bouncing uncontrollably on her back. Dexter and Winnie brought up the rear.

“Sorry it took me so long,” said Mrs. Carter as she entered the office. “I had to rearrange some lessons. I can't believe the Walkers just up and sold Sunshine. A little notice would have been nice.”

Mrs. Carter set the planner she was carrying on the desk and looked over at Chloe. “But,” Mrs. Carter said. “I guess I don't have to tell you that.”

“Anyway, I have a horse coming on Saturday for a one week trial,” said Mrs. Carter. “He's a Quarter horse cross. He's had some show ring experience, so I'm hoping to use him in the lesson program.”

Mrs. Carter stopped speaking as she stirred through a pile of papers on her desk.

“I'd like you to ride him and see what you think,” she said. She handed Chloe a newspaper clipping. It had a classified ad circled in red. “Use him in the arena. Take him on the trails. Test him as thoroughly as you can.”

Mrs. Carter reached into her mini fridge and pulled out two bottles of water while Chloe was scanning the clipping. She handed one to Chloe and kept the other one for herself.

“I need to know if he has any bad habits. Rearing, bucking, biting – anything that would make him unsuitable for beginners,” continued Mrs. Carter. “Can you do that?”

Chloe nodded eagerly, “This is perfect. The Parkers are going on vacation, so I don't have to babysit next week.”

“Great!” said Mrs. Carter. “And if this horse works out and you're interested - maybe we can work out a partial lease agreement.”

Ryder let out a sigh. Dexter looked over at him and chuckled.

“They've been going on like this since we left the barn,” said Ryder, incredulously.

“Yeah, once my sister gets started on the latest riding fashions, there is NO stopping her,” replied Dexter. He reached down to pat his buckskin mare, Winnie.

In spite of the girls' continuing conversation, Dexter and Ryder had barely spoken a word to each other the entire trail ride.

“So Dex-buddy,” Ryder finally said. “I hear you're the go-to guy around here for barrel racing.”

Dexter rubbed the emerging hair on his upper lip and shrugged.

“I was the county barrel racing champion last year, if that's what you mean,” he replied.

“Man, I could really use some help with my lead changes,” said Ryder. “Think you might be up to helping me, buddy?”

“I might,” he answered. “If you stop calling me buddy.”

“Hey,” said Alexis. She turned around in her saddle to address Dexter and Ryder. “The campground is up ahead. Do you guys want to eat there?”

“Sounds good to me, baby,” Ryder said with a smile. Alexis returned the smile. Her blonde curls that stuck out from underneath her riding helmet were bouncing in the sunlight in rhythm with Flash's walk.

“I'll unpack the food if someone will take care of Flash,” said Alexis when they reached the campground. She was looking directly at Dexter.

“I guess I will,” said Dexter as he took the reins from his sister's hands.

By the time he finished with both horses, the other three were already digging into the cold chicken and potato salad. Dexter had barely loaded up his plate and sat down, when Paydyn suddenly jumped up.

“Oh, No!” she cried. “Sunshine's loose.” Paydyn started running in the direction of the horses.

“Stop, you'll scare her.” yelled Alexis and Dexter in unison. But it was too late. The sorrel mare took off at a gallop. Sunshine quickly disappeared down the trail in the direction they had just come.

“She'll head back to the stable,” said Ryder. He stuffed a forkful of potato salad into his mouth.

“But what about Paydyn.” Alexis said. “She can't ride back with me. I'm not even suppose to have Flash on the trails. I'll be in big trouble if I get caught riding double!”

Ryder shook his head. “I can't take her, either,” he said, with his mouth half-full of food. “Jester is too high-strung.”

“Hey, it's not that bad,” teased Ryder. “I think the redhead has the hots for you.”

Paydyn was still sniffling when Ryder helped her mount up behind Dexter. She loosely wrapped her arms around Dexter's waist.

“Well, we have a long ride back,” said Dexter. “Let me tell you about all the mistakes I've made with horses.”

“You always know the right thing to say,” Paydyn whispered. She momentarily tightened her arms around Dexter for a quick hug.

Dexter smiled. Even over the smell of the horses, he could pick up the flowery scent emanating from her shiny red hair.

Is Dexter falling for Paydyn? Will Chloe have a new horse to ride? Find out in the next episode of Stirrups:   Desperate Measures

“Haven't seen you around much,” Dexter finally said.

“What's the point,” said Chloe. “I don't have a horse to ride, none of the lesson horses are available. I'm no longer leasing a horse, so I don't have any stable chores to do.”

Dexter stared down at the floor.

“What about the kiss?” he said. “What was that all about?”

“It was just a kiss,” said Chloe as she pushed past Dexter. “Get over yourself.” 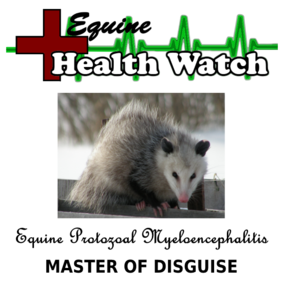 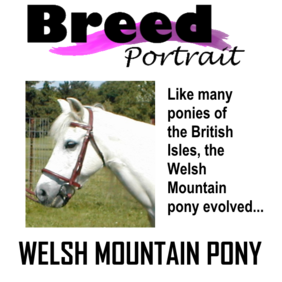 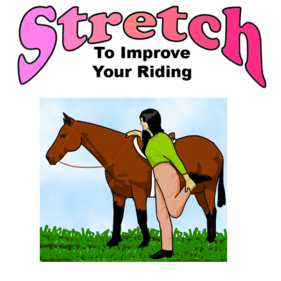 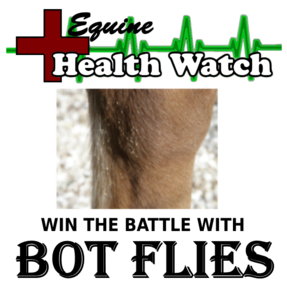 “You make it look so easy,” said Paydyn, smiling. Her shoulder-length red hair glistened in the sunlight that was flowing through the stable door. “I can't ever get Sunshine to lift her hoof so I can clean it.”

“I'll show you a little trick,” said Dexter as he motioned for her to come closer. “Just run your hand down her leg like this. Then just give her a little squeeze right here.” As if on cue, Sunshine lifted her leg.

“So that's how you do it!” laughed Paydyn.

Dexter smiled as he gently released the mare's leg. His blonde curls blew softly in the morning breeze that funneled down the barn aisle.

“Now switch places and you try it,” he said.

He stood next to Paydyn as she bent over to reach Sunshine's leg.

“I did it!” exclaimed Paydyn, when the sorrel mare cooperated.

“Hey, do you want to go trail riding after my lesson?” asked Paydyn. She had finished cleaning Sunshine's front hoof and had moved to the rear one.

“Sure, why not,” Dexter replied.

Paydyn finished with the rear hoof and turned around to smile at Dexter.

He returned the smile.

“I guess I better go start grooming Winnie,” he said. “She decided to roll in the mud yesterday right after I spent all afternoon giving her a bath.”

Like most days, Chloe had came back to Pinnacle stables after she was done babysitting. It was late afternoon. As usual, the place was deserted.

Chloe walked from stall to stall, petting noses and talking to the horses. She grinned as she peered into an unoccupied stall.

"Just a few more days," she told herself. "Then I'll have a horse to ride again!"

She continued down the stable aisle. When she reached Sunshine's stall she stopped. The door was open. The stall was empty. Chloe looked down the aisle. Three other stall doors were also open. She didn't have to walk down the barn aisle to know which horses were missing.

“It's not fair,” she muttered. Her smile faded.

Suddenly, the sound of galloping hooves came through the back door of the stable. Chloe looked up in time to see Sunshine coming to a halt just inside the barn door.

“Easy girl,” said Chloe. As she slowly approached the sorrel mare, Chloe could see that Sunshine was lathered with sweat and breathing hard. Steam was rising from her shoulders and chest. Although Sunshine's saddle was still in place, her bridle was missing.

“I bet you untied yourself from the picket line again,” Chloe softly scolded the mare. She grabbed a halter off the nearest stall and gently approached her. Sunshine didn't move as Chloe put on the halter.

“Well, we better make sure no one is hurt,” said Chloe, as she pulled her cell phone from her pocket and began dialing it.

“Seriously,” Chloe said, shaking her head. She snapped her flip phone shut and the ringing stopped. “Whatever happened to learning safety rules before you take off on a horse.”

She opened her phone and began dialing again.

“Hey Alexis, is everyone okay,” Chloe spoke into her phone. “I figured as much...Yeah, Sunshine is here...She's fine... I'll cool her off and put her in her stall.”

She closed her phone and lifted the stirrup fender over the seat of the saddle. She started to untie the girth knot, but stopped.

“There is more than one way to cool you off,” Chloe said to the mare. She headed to the tack room and returned with a bridle and riding helmet.

It didn't take long before Chloe was leading Sunshine into the arena. She looked around before mounting. The stable was still deserted.

“I really miss riding you,” Chloe cooed to the mare as she rode her around the arena at a walk. Sunshine's breathing returned to normal.

Her coat was beginning to dry when a voice bellowed through the arena.

“WHAT DO YOU THINK YOU ARE DOING RIDING OUR HORSE!”

Chloe spun around to see Paydyn's mother glaring at her from the doorway of the arena.

Dexter was taking his grooming kit out of his tack locker when Chloe walked into the tack room. Chloe hesitated momentarily as they looked at each other. Then she headed to the far wall where the equipment for the stable-owned horses was kept. Dexter set his grooming kit back in his locker.

“Chloe,” he repeated. “We need to talk.” This time he walked toward her.

Chloe picked up Pepper's grooming box and turned around. They looked at each other for a moment, but neither one spoke. 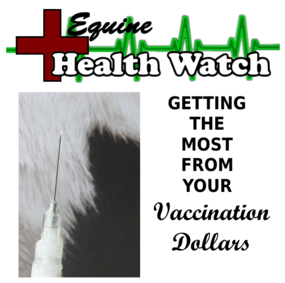