"So let me get this straight," said Paydyn. "This guy, Davis, that you've been talking about all year long, that you met at horsecamp, fell madly in love with, kissed, then forgot to get his phone number so you haven't talked to him in nearly two years - He is the guy Alexis has been dating?"

"Yep, that pretty much sums it up," Chloe sighed. She tossed the pizza crust onto her lunch tray and cupped her head into her hands. "What am I going to do?" she whined. "He acted like we'd never met. How could he just forget me?"

Paydyn reached over, pulled the ends of Chloe's auburn hair out of her applesauce and began wiping them off with a napkin.

"First," she said softly, "You need to talk to Davis or Ryder or whatever he is choosing to call himself and find out what's shakin'."

"How can I do that?" whined Chloe. "Alexis is always buzzing around him like a love-sick bot fly."

"The bot flyNow that's the one that looks like a bee, right?" asked Paydyn.

Chloe turned her head and gave Paydyn a withering look. "Really," she said. "That's what you're concerned about?"

"Sorry," winced Paydyn. "It's just that I've never met these riding buddies of yours."

"I wish you could come ride at the stable," said Chloe. "It would be so much fun. What did your mom say about visiting sometime this summer? Do you think they'd let you use some of your birthday money for lessons?"

"Maybe even better," said Paydyn. "I got up to get a drink last night and overheard my parents talking in the living room. I couldn't hear exactly what they were saying, but I know for sure I heard the words Pinnacle Stables."

Chloe's eyes lit up. "Maybe they are going to give you lessons for your birthday," she said.

"I'll find out tomorrow," said Paydyn. She reached over and squeezed Chloe's arm.

"I wish my birthday was the first day of summer vacation," moaned Chloe.

"Wow, you are in a mood today," said Paydyn. "Did you forget that you're going to be a horseowner in less than a month?"

"Not if I flunked my Math final," said Chloe. "If I don't keep my grades up, my parents won't let me work at the stable."

"Enjoy it while you can," sighed Chloe. "It really sucked all the fun out of the last day of school. But at least tomorrow I can ride all day. I don't start babysitting the twins until next week."

"I'm so envious," said Paydyn. "I wish I could have a horse. Sunshine sounds so wonderful."

Will Chloe kiss Ryder?   Will she ever forgive Paydyn?  Find out in the next episode of Stirrups: The Other Is Gold 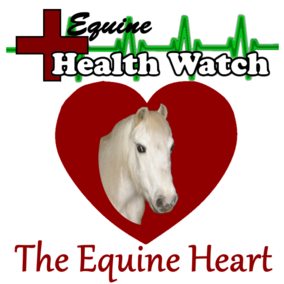 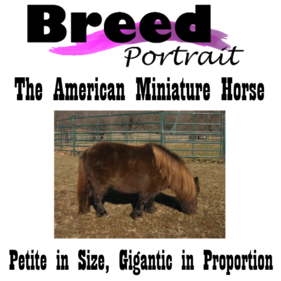 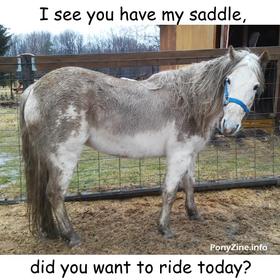 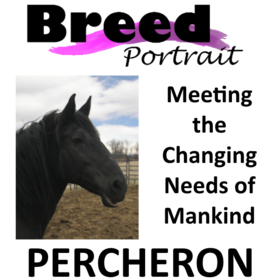 "Sunshine! Oh, no!" exclaimed Chloe in a panic. "I just remembered! I was so upset about Davis, that I left Sunshine crosstied in the barn. Mrs. Carter is going to kill me!" She cupped her head in her hands again. "What else can go wrong this week?"

Chloe splashed cold water on her eyes and looked into the bathroom mirror. Her eyes were still red and puffy. She carefully patted them dry with a brown paper towel. Then she pushed open the bathroom door.

As she stepped out, Ryder stepped in front of her, trapping her in the alcove that led into the tack room. He rested his right hand on the alcove wall and used his body to block the opening. His foot prevented the bathroom door from closing.

"Hey there, Sunshine," he smiled at her.

Chloe looked at his rugged, angular features, chocolate brown eyes and windswept hair. Chloe sucked in the breath of air she had tried to exhale a split second ago.

"You DO remember," Chloe managed to spit out.

Ryder smiled. His lips looked as tender and sweet as the first time they had kissed. Chloe felt tingly as Ryder’s mouth leaned in toward hers.

Dexter stood in the barn aisle, leaning up against Winnie's stall as he slowly twirled a loop back and forth with his new lariat.

"You look mighty bored," smiled Mrs. Carter. She had scrubbed all the water buckets and was returning them to their respective stalls.

"I thought Chloe might show up today," said Dexter. He gathered up his rope so it wouldn't trip Mrs. Carter.

"No, I think this might be the last day for the public schools," she called from inside Winnie's empty stall. Most of the horses were out enjoying the pasture.

"You don't know if she's coming by after school, do you?" he asked.

Mrs. Carter stepped out of the stall and shrugged her shoulders. "Don't know," she said. "But if you see her, please tell her that I need to talk to her right away."

"Will do," said Dexter. He ran his hand through his blonde curls as he watched Mrs. Carter out of the corner of his eye for a few minutes. Then he headed toward the tack room. When he got there, Alexis was sitting alone on the couch.

Alexis nodded in the direction of the restroom. "What's up, bro?" she asked, flatly.

Dexter sat down next to his twin sister, leaned in and whispered, "Do you think Mrs. Carter knows Chloe left the other day without putting Sunshine back in her stall."

Alexis sat up straight, her face wrinkled with concern. "No, why?" she asked.

"It's just that Mrs. Carter wants to see her ASAP. Plus she scrubbed all the water buckets today. Isn't that one of Chloe's jobs."

"Uh oh," said Alexis. "Chloe forgot to do the buckets, so I covered for her."

The bathroom door had swung open a few seconds earlier. Ryder walked over to the couch. "You scrubbed buckets?" he asked Alexis.

"Not exactly," Alexis confessed. She turned and looked at Ryder. Her perfect ringlets of gold curls framed her face. "I just rinsed the soap out and put them back in the stalls."

"Alexis!" snapped Dexter. "Chloe could lose her riding privileges for that.”

"Sunshine doesn't belong to Pinnacle Stables," replied Dexter. He stood up and moved out of the way so Ryder could sit beside Alexis. "Mrs, Carter has been leasing her for lessons and she's been letting Chloe ride in exchange for working around the stable."

"Sunshine's owners are not nice people," said Alexis. She took Ryder's arm and pulled it around her shoulders, then snuggled next to him. "It will be so nice when Chloe finally has enough money to buy her. Remember how she fell in love with Sunshine the first time she laid eyes on her?"

Dexter nodded absently. “It's not like Chloe to forget things,” he said.

“She was acting really weird when you guys got back from that trail ride,” accused Alexis. “You weren’t hitting on her again, were you?”

“Seriously?“ said Dexter. He walked over to his tack locker and threw his lariat inside.

"Well if we are going to trail ride today," said Alexis, "I guess I'd better go see who's available." She got up to leave, but turned and blew Ryder a kiss before going out the door.

Ryder pretended to catch it. As soon as the tackroom door clicked shut, the smile disappeared from his face.

"So Dex," Ryder said as he walked over to the tack lockers. "You have a thing for Chloe?"

"Just thought the four of us could hang out this summer," Ryder replied in an innocent voice.

"Right," said Dexter. He shut his tack locker and spun the combination lock. "Well that's not likely to happen. Chloe's hung up on some dude she met at horse camp."

Ryder watched as Dexter headed to the door. He ran his hand over his wavy black hair to smooth it, just as a smirk engulfed his lips.

"Chloe! Wait until I've stopped the car before you open the door!" scolded Rosanna Bedford.

"Sorry, mom," said Chloe. "I want to get an early start on my barn chores.

Mrs. Carter said I could do extra work in the summer so I'd have less to do during the school year."

"That'd be good, since you're going into high school next fall," said Chloe's mother. "But remember, this is only the first day of vacation. You have chores to do at home and I want them done before you start babysitting those twins next week. Don't overdo it."

"I won't," said Chloe. She stepped out of the blue SUV and shielded her eyes from the morning sun as she scanned the back pasture. Sunshine wasn't out there. "Did Mrs. Carter start summer lessons already?" muttered Chloe.

"What'd you say dear?" asked Mrs. Bedford as she leaned toward the passenger side of the car.

Chloe only waited long enough for her mother to confirm before shutting the door to the SUV and heading into the stable.

"Hey Chloe," Dexter yelled from the indoor arena. He rode toward the arena entrance, but Chloe ignored him and headed down the aisle.

It took a few moments for her eyes to adjust to the stable lights, but when they did she saw a man and woman standing in front of Sunshine's stall. As she approached the couple, Paydyn emerged leading Sunshine.

"Oh, so you're Chloe," interrupted the woman. "Paydyn has told us so much about you. It's good to finally meet you."

The woman introduced herself as Paydyn's mother . Chloe managed to extend her arm for a handshake, but she never took her eyes off the strange look on Paydyn's face.

"Well, Paydyn," said the woman. "Aren't you going to show your friend your birthday present. Let her pet your new horse."

"I'm soooo sorry," said Paydyn. Chloe turned and ran back down the aisle.

"Mom, I told you that Chloe planned to buy this horse," said Paydyn, stamping her foot.

"Meredith Walker said this horse has been for sale since their daughter went off to college last fall. Chloe had plenty of time to buy her if she really wanted her," said Mrs. Humphry.

"But she was saving the money to buy her," whined Paydyn.

"If she can't afford to buy her, how would she pay the board at this fancy stable?" asked Paydyn's father. "It's ridiculous what they want to keep a horse here."

Paydyn’s mother gave her husband a stern look, then turned her attention back to her daughter.

"But she's never going to talk to me again," said Paydyn. "I won't have anyone to ride with!"

"I signed us both up for lessons, dear," said Paydyn's mother. "Won't that be fun?"

Paydyn exhaled and pinched the bridge of her nose. 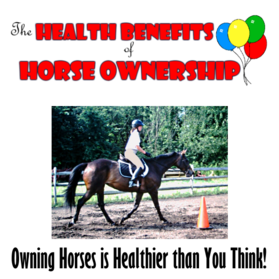 .
About Us
View on Mobile