Fecal egg counts can also help veterinarians discover the rate at which a farm is moving toward anthelmintic-resistant parasites. By performing a fecal egg count at least 8 weeks after the administration of a dewormer, veterinarians can set a baseline egg shedding rate for individual horses. The fecal egg count test is then repeated at intervals following deworming. The longer the horse stays clean, the less resistant the parasites are to that particular dewormer. Over time, the egg reappearance period will shorten in length indicating the parasite population is becoming more resistant to the dewormer.

In addition, parasites release more eggs during the peak grazing season when there is a better chance for their survival. Harsh winters in the north and hot, dry summers in the south reduce the viability of external parasite stages. Environmental factors during the off-season are already at work to decrease the transmission of parasites, so worming at these times has little benefit. The harm of deworming in the off-season is the increased proliferation of anthelmintic-resistant parasites. Therefore, treatment for strongyles is recommended only during peak grazing periods. The exception, of course, is for those horses that are showing clinical symptoms resulting from a parasitic infestation.

In addition to properly timing the administration of dewormers, the AAEP also points out the effectiveness of pasture maintenance as a means for reducing strongyle infections. Both large and small strongyle eggs pass out of the horse and hatch in manure. As larvae, they undergo several stages before being reingested as the horse grazes. Removing manure from the pasture and properly composting it can be more effective at controlling strongyles than deworming. Likewise, spreading non-composted manure directly on the the pasture is not recommended. Since infective larval stages can remain viable for several weeks, pasture rotation may not be enough to deter strongyle transmission. However, alternating pastures between horses and ruminants is more effective since strongyles are host specific. 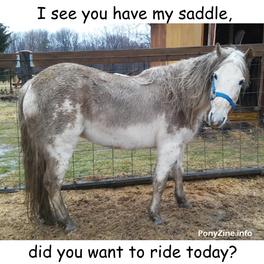 The information contained within this article does not constitute medical advice.
Please consult your veterinarian for further information on deworming programs. 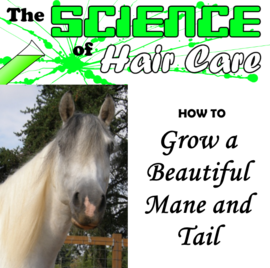 This method of parasite control relies on the use of fecal egg counts to pinpoint which horses are shedding high numbers of parasite eggs and to determine the resistance level of the parasite population that is present on a given farm. The AAEP reports that one study revealed that only worming those horses that are shedding high numbers of eggs resulted in a 95% reduction in egg shedding. By not deworming all the horses, the low shedding horses will continue to shed a small percentage of eggs that contain non-resistant strains of parasites. In theory, this will maintain a population of non-resistant worms that will dilute the anthelmintic-resistance gene pool density.

Since the AAEP'S new parasite control guidelines focus on reducing resistance to deworming compounds, the timing for the administration of dewormer treatments becomes essential to the effectiveness of the program. Both small and large strongyles cause the most damage during their larval stage, anthelmintics that kill the adult stage of strongyles don't directly benefit the individual horse. Instead, dewormers that only kill adult stages halt the release of eggs into the environment with the indirect benefit of decreasing the acquisition of new parasites for the entire herd.

The AAEP's new guidelines focus on controlling internal parasites without inadvertently selecting for anthelmintic-resistant worms. Since small strongyles only produce disease when infection levels are high, frequent deworming is no longer considered necessary in order to keep horses healthy. The new deworming guidelines recommend a more individualized program that includes properly timed treatments with effective classes of dewormers. According to the AAEP, the goal of these new programs is to limit, not eradicate, parasite infestations.

Click here to view the AAEP Parasite Control Guidelines in their entirety.

A NEW GOAL FOR PARASITE CONTROL

Both large and small strongyles eggs are shed in manure. Horses become reinfested while grazing. 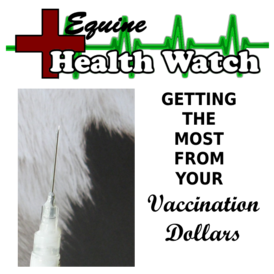 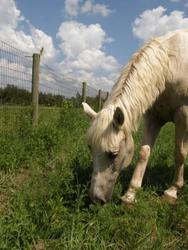 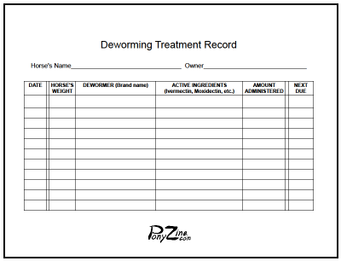 The new AAEP parasite control guidelines recommend that each stable works with their veterinarian to develop an individualized deworming program. When formulating a deworming program, the following points should be considered: 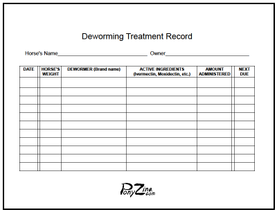 In 2013, the American Association of Equine Practitioners (AAEP) released new guidelines for the management and control of internal parasites. Prior to doing so, the AAEP formed a task force to re-examine deworming practices that were based on 40 year old concepts. These deworming programs were designed to control large strongyles, the major parasitic concern in years past. The traditional recommendation for controlling internal parasites was to rotate between different classes of anthelmintics at two month intervals.

Although horses are susceptible to more than 60 parasites, large strongyles were once considered the most dangerous. These parasites, also known as bloodworms, migrate into the intestinal arteries as larvae causing aneurysms and blood clots. As adults, they reside in the cecum and colon, where their bloodsucking activities damage the intestinal lining and can result in weight loss, anemia and colic for the host horse. The goal of traditional deworming programs was to kill the adult stage before it could mature and release eggs into the environment. This practice worked so well that health conditions caused by Strongylus vulgaris and other large bloodworms are now rare in horses.

The down side to the success of these intensive deworming programs is that cyathostomins (small strongyles) and Parascaris equorum (Ascarids) have emerged as the most important parasites in adult and young horses respectively. This is due to a selection process that favors strains of anthelmintic-resistant parasites. Resistance is an inherited trait that allows some worms to survive the effects of an anthelmintic that would generally be fatal to other individuals of the same species and stage of development. As the non-resistant strains are eliminated, lack of competition and a larger percentage of resistant genes in the resulting population results in increased numbers of anthelmintic-resistant worms.